SME commercial lenders are always under pressure to be efficient and effective. The tools that I developed for my own efficiency as a commercial banker in California continued to evolve in my second career as a development banker, when I used them to supervise banks in emerging markets.

Teaching and writing about the tools led to a simplified approach to the analysis of cash flow, but with some spectacular, paradigm shifting revelations. Here is my history and the evolution of some practical credit tools.

As a junior lender in California, I saw a pattern as to which of my loan proposals were declined.  As a more senior lender, I taught the credit courses for the bank’s junior lenders and shared with them this practical observation: “Theory aside, if your loans are declined, it will be for one of these four reasons…”

I originally called these “the Four Hurdles;” but later named the model: “the Four-Legged Chair.”

The Soviet Union had collapsed. Wanting to participate in the historic change, my wife and I joined the Peace Corps. Capitalism had suddenly replaced the defunct centrally-planned economy, and former communist bankers had to learn the most critical concepts and tools immediately.  I condensed the two-year course that I taught in California into a one-week seminar (“Credit in a Free Market”) by isolating the critical points and presenting them in two practical models that comprise the First Hurdle Analysis.

The First Hurdle Analysis is a methodology that first applies the principles of the 4-Legged Chair to assess general creditworthiness; then, if the borrower appears to be creditworthy, turns to a second model (originally called the “Time-Balance Balance Sheet”) to determine the right amount of credit and the right structure.

The First Hurdle Analysis proved to be an effective screening tool in 1996 when my Russian staff and I used it to supervise the Enterprise Support Project (ESP).  ESP was a $300,000,000 credit facility joint-funded by the World Bank and the European Bank for Reconstruction & Development (EBRD) to initiate loans to SMEs through a dozen Russian banks. This intense usage confirmed the efficiency of the First Hurdle Analysis, as well as the academic integrity of the two underlying models.  And the First Hurdle Analysis is so logical that it facilitated discussion about loan requests between my staff, the bankers, and their SME borrowers – where many were new to credit principles.

I continued to refine the tools for several years while supervising credit lines granted by the World Bank to commercial banks in East Europe and Central Asia.

In between consulting assignments, I began work on a book for junior lenders (relaxing on a sunny Mediterranean island is conducive to creative thinking!).  I was striving to provide an academic explanation for the traditional paradigm for structuring credits: short-term loans finance short-life assets, long-term loans provide cash for fixed assets.

Light bulbs began to light up:

1.   Cash flows in cycles: funds from investors (creditors & owners) are invested into assets; the assets, in turn, generate cash flow to repay the investors.

2.   There are two cycles because there are two kinds of assets which generate cash flow in fundamentally different ways.  Accounting convention validates this: assets and liabilities are divided into short term and long term (fixed).  What about equity?

In January 2011, with the addition of “fixed capital,” the “Time-Balance Balance Sheet” matured into the Cash Cycle Balance Sheet.

So far, this was innocuous, but one revelation led to another and began to challenge convention. The two most heretical discoveries are:

5.   The notion of cash flow cycles was lost with the advent of FAS95 and the UCA Cash Flow Statement.  Like the formulas for working capital and the current ratio, The Cash Flow Statement fails to warn when a company is illiquid, unable to repay its short-term debt, and gives false assurances as to long-term debt-repayment when the apparent strength is stems from poor credit structure: excessive short-term debt and not enough long-term debt.

There is much more:  Cycle-theory brings other new insights when we consider the intersection of the two cycles and explore how cash flows between the cycles. The dominoes continued to fall, one discovery leading to another, each a new chapter, developing into a book. The complete framework for “cycle-based” cash flow theory was first published in 2013 in the book: Cash Flow 3.0. 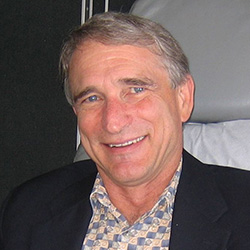 Stephen Bartoletti, MBA U.C. Berkeley, Senior Banking Advisor, is a 30+ year veteran: half as a commercial banker in California, the other half supervising financial institutions in emerging markets that accessed credit lines granted by the World Bank & European Bank for Reconstruction & Development for on-lending to Small and Medium Enterprises (SMEs).

We use cookies on our website to give you the most relevant experience by remembering your preferences and repeat visits. By clicking “Accept”, you consent to the use of ALL the cookies.
Cookie SettingsAccept
Manage consent

This website uses cookies to improve your experience while you navigate through the website. Out of these, the cookies that are categorized as necessary are stored on your browser as they are essential for the working of basic functionalities of the website. We also use third-party cookies that help us analyze and understand how you use this website. These cookies will be stored in your browser only with your consent. You also have the option to opt-out of these cookies. But opting out of some of these cookies may affect your browsing experience.
Necessary Always Enabled
Necessary cookies are absolutely essential for the website to function properly. These cookies ensure basic functionalities and security features of the website, anonymously.
Functional
Functional cookies help to perform certain functionalities like sharing the content of the website on social media platforms, collect feedbacks, and other third-party features.
Performance
Performance cookies are used to understand and analyze the key performance indexes of the website which helps in delivering a better user experience for the visitors.
Analytics
Analytical cookies are used to understand how visitors interact with the website. These cookies help provide information on metrics the number of visitors, bounce rate, traffic source, etc.
Advertisement
Advertisement cookies are used to provide visitors with relevant ads and marketing campaigns. These cookies track visitors across websites and collect information to provide customized ads.
Others
Other uncategorized cookies are those that are being analyzed and have not been classified into a category as yet.
SAVE & ACCEPT